Back in February when the sun was warm, sky blue and rain was but a distant memory (unlike more recent weather), the family group ran its first junior Bushcraft course. Based on the club’s main bushcraft course it aimed to allow older kids to learn some basic skills of the outdoors.

Ten kids aged between 9 and 12 and their parents gathered to learn some basic skills of tramping over two weekends..The course was divided into two sessions, a first hall based session to learn what gear to take, food and planning, followed by an overnight tramp to Paua hut the next weekend. 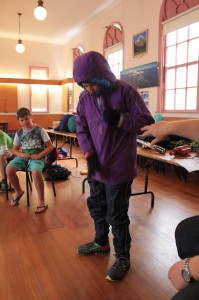 The group looked at some different types of gear such as packs and stoves and footwear. Ella gave a demonstration on layering clothes, starting with the outer waterproof shell layer, with an insulation layer underneath and a base layer below that. 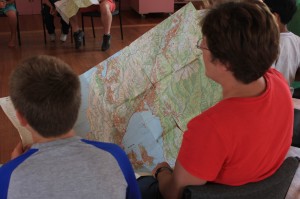 The basics of reading and using a map and compass was reinforced through a game or two of captains coming. 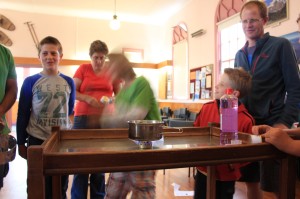 An attempt for the kids to make their own alcohol stoves that they could then use make their own hot chocolate for afternoon tea was foiled by some rather dodgy hole punches folding themselves into oblivion at the mere sight of some thin aluminium. Fortunately I had prepared one such stove beforehand (just like they do on all the good TV cooking shows) and was able to demonstrate that a small can with a couple rows of holes and burning meths could make the billy boil.

Finally everyone  was broken into three smaller groups to allow the kids to choose the menu for the saturday dinner, with most groups choosing one of the fantastic recipes in the WTMC cookbook, and planning the group gear required for the weekend. 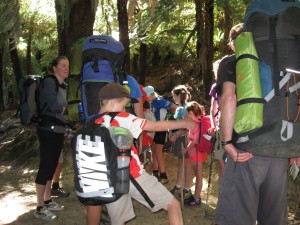 The following weekend saw gathering in very pleasant tramping conditions for the walk to Paua hut. A quick talk about tramping as a group and location awareness 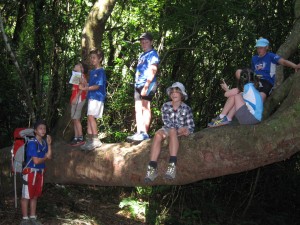 We stopped at Midway Bridge to check out how well was keeping track of our location and reload the kid’s energy with lollies and other snacks. 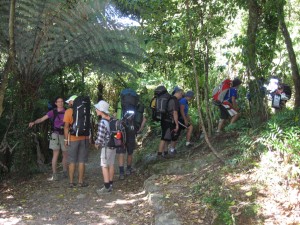 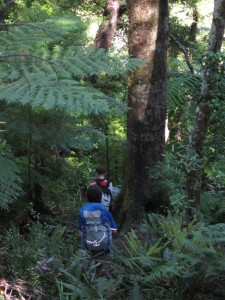 Harriette took us on the shortcut down to the river via Mac’s hut so the kids experienced a small amount of more typical tramping track compared to the 4 lane highway of the river track. 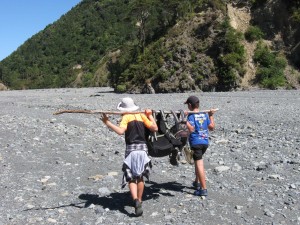 Lunch was had at the bottom of the Mac’s track on the river before heading downstream to find a suitable place for practicing river crossing. 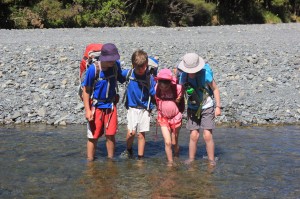 The dry summer had reduced the Orongorongo river to a mere trickle, the GRC water flow meter upstream was barely registering at 100 l/s. This meant the mighty river barely reached over the ankles. Still a river is a river so offered the perfect opportunity to practice the mutual support method and to discuss the finer points of where and when to choose crossing a river. 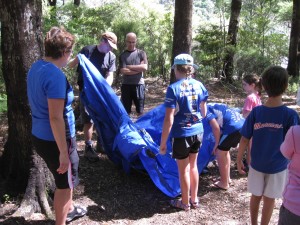 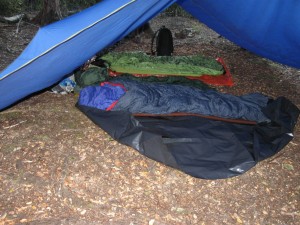 When we arrived at Paua hut someone was overheard to comment “Excellent, we have a hut to stay in tonight.” I wonder how they were feeling when they realised that wasn’t necessary the case when the flies came out. We discussed campsite selection along with a couple of useful knots. Then it was up to the kids to put their own shelter for the night.

After a brief chance to play and for the instructors to set up , the group started on some further map and compass work and compass bearings, followed by a treasure hunt to find 4 flags hidden in the river valley. The kids were given a grid reference that they located on a topo map and navigating off the map they raced around the valley to collect the puzzle pieces to complete a geographical puzzle and receive “the treasure”. 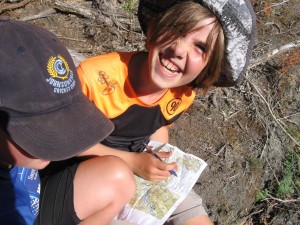 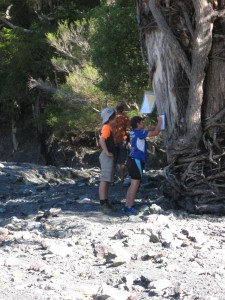 Soon it was time feed the hungry troops and being a bushcraft course the parents took a back seat (hoping dinner would be at least edible) and the kids in their cooking groups took charge. However we had no need to worry, soon enough a hot dinner and dessert was made and enjoyed outside in the warm evening. 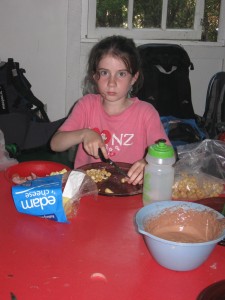 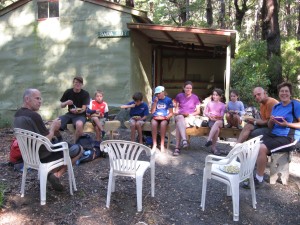 After cleaning up it was time some more torchlight games out on the river before a late bedtime. 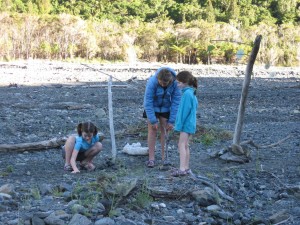 The following morning it was time to pack up and head home after the boys played an expansive capture-the-flag game while the girls created some sculptures. A lot of fun was had trying to keep feet and shoes dry for the return walk back and to consume the last of the lollies. 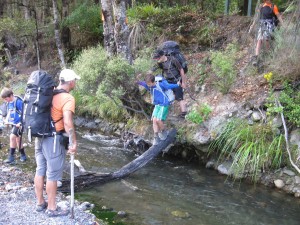