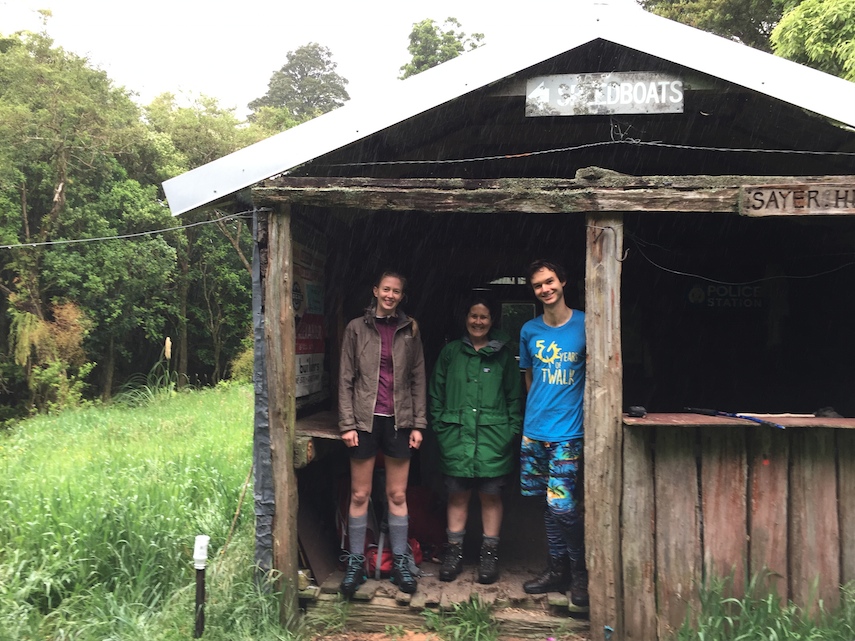 As a group of four we set out mid morning from the Holdsworth car park – choosing to take the track that passes the rocky lookout. This was a nice place to stop for a late morning snack and admire the view.

We stopped for lunch at the river and enjoyed a few moments of direct sun as the clouds parted for awhile. We played a simple rock throwing game which consisted of each player throwing a series of small rocks at a nominated larger rock in the river bed and scoring the number of times each player was able to hit the target rock. We alternated between games with our left hands and our rights hands to mix it up and test ourselves. It was a lot of fun – but we soon took up the trail again heading downriver with the weather improving as we walked.

Because a bridge was closed we walked the detour route down the western side of the river which was nice scenery but slow going at times.

When we reached Totara Flats hut we relaxed for a few minutes to take in the location and then headed down river from there in search of Sayer hut, walking on the river rocks and crossing the river where required. In the end we crossed the river three times as the hut ended up being further down river than we had though. However we eventually found the stream that was shown close to the hut on the map and the hut wasn’t far from there! The quickest way to get to Sayer Hut from Totara Flats hut is as follows: head south west along the track through the open grassy area until the flat starts to narrow and you can see a large tree across the river, cross the river and at the mouth of the small stream there is a path on the left that leads to the hut.

Sayer hut was very cool, it is a funky old looking 6 bunk hut close to a grassy camping area. It has a lovely fire place too and it was already going when we arrived. A group of four older trampers from the Tararua Tramping Club were already there, they were friendly and chatted to us while drinking their mulled wine. Two of us slept on the floor on the hut as we had six bunks and eight people. We had a yummy satay noodle dinner and melted chocolate and fruit for dessert which was quite a tramping treat.

The next day we retraced our steps from the previous day but from the high point midway back we choose to drop down to the river via the ridge track and walk down beside the river to the car park. It was a great two day trip into a lovely part of the Tararua’s and was enjoyed by all. 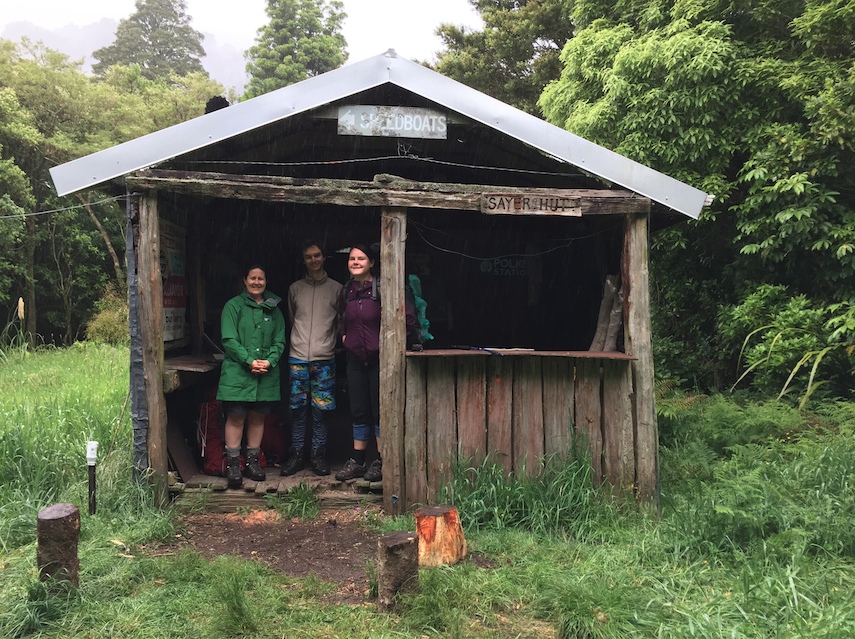