We thought you might like a quick update on the WTMC trap line. The trap line is based at Upper Makaroro in the Ruahines and encloses a river valley that is home to Whio (Blue Duck). Members of the WTMC visit the trap line around once every month to empty the traps of predators and rebait/reset the traps. The aim of the work is to ensure the survival of the Blue Duck by lowering predator numbers in their habitat. The WTMC have now been looking after the trap line for 16 months. Below are some statistics on what we have caught in the traps so far. 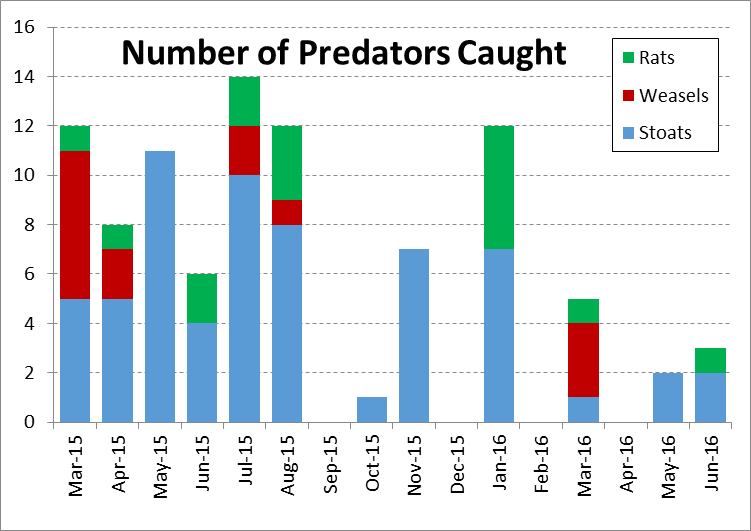 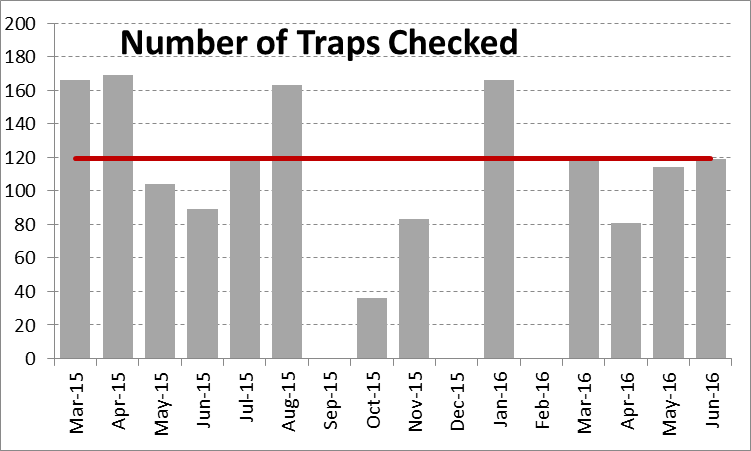 The horizontal red line represents the number of traps on the WTMC trap line. Where more traps have been checked in one month than exist on our trap line either the line has been visited twice (at the beginning and end of the month, and this can explain the lack of visit in the following or preceding month), or some traps on the neighbouring trap line are also included (as arranged with the custodians of that trap line).

Some months we are unable to visit all the traps due to weather or conditions.

The percentage of traps checked that have caught a predator gives an indication of the decline or increase of predators in the area: 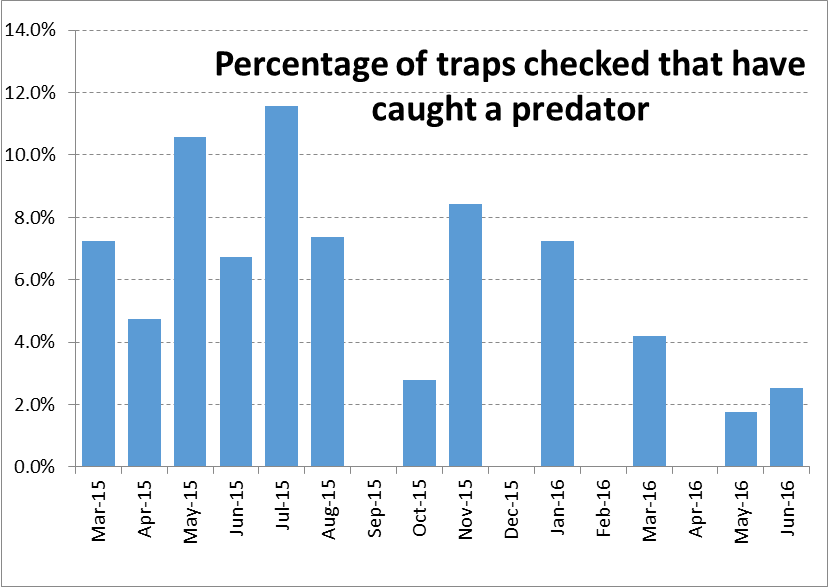 The number of predators caught will vary with the seasons and with alternative food sources available (influencing how likely predators are to be attracted to the traps).  The general decrease in predators caught could indicate the trap line is having an effect and lowering predators numbers, but more data and long term analysis is needed before any definite conclusions can be made.

If you are inspired to help out with the WTMC trap line and help ensure the survival of the ruahine Blue Duck for the future, then look out for ‘Intro to trapping’ trips on the WTMC trip schedule. On these trips you visit the trap line, you get a tutorial on how to safely empty, bait and set the traps, and you will work in a team to reset all the traps along the line.

1 thought on “Update on WTMC Trap Line: The Statistics So Far”