Rory: Well, after an exceptionally early 7am meeting at the train station, (I am used to 9am) introductions were made, bacon and egg English muffins were crammed into mouths and we were on our way with Paula only stalling the manual van a few times before getting to the destination. 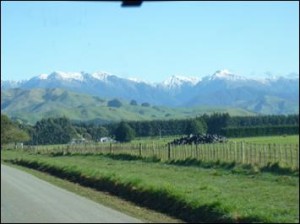 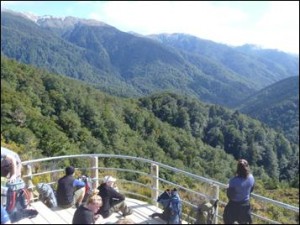 Rory: After about a 1.5 hour twisty drive over the Rimutakas and nice views of the Tararua tops with patchy snow on top we were at the car park and all got their gear on to begin the trip, Thomas needed a bit of a refresher on the proper dress-up of gaitors. The group was a bit surprised at the steepness of the beginning but all were happy with the rest and views at Rocky Lookout. 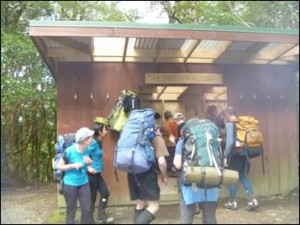 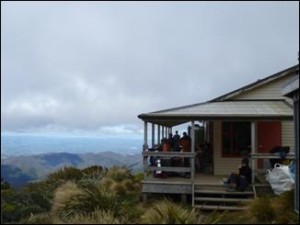 Paula: The climb up from Mountain House shelter seemed to go on forever and I was relieved when all the party reached Powell Hut, bodies and spirits intact.  The trail up to Mt Holdsworth and along the ridgeline was marked out with snow, providing a handy reminder of where the edge was when cloud blew through.  To our East the view went out to the horizon and Kapiti Island seemed very close. 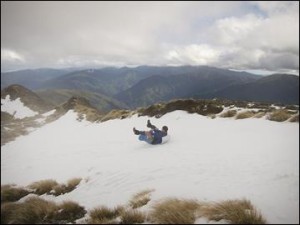 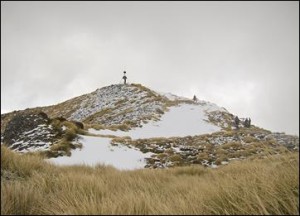 Meena: Once we reached the Holdsworth trig, the mist had set in and we were amongst snow – a stark contrast to the sunshine we had set out in. Canadian snow lover, Rory, created a makeshift sled with his sturdy bed roll. Others joined in, though none quite met Rory’s experienced moves. As we set off along the ridge line, we were still laughing about these alpine antics.

Paula: The cloud closed in by the Jumbo turnoff and we were all excited to see the hut, though getting to it took longer than it looked! 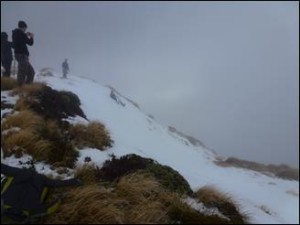 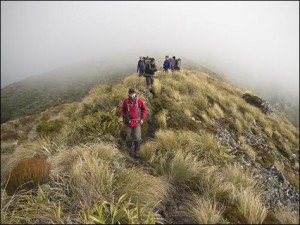 Pete: We dropped down towards Jumbo hut and could see smoke streaking from the chimney.  We had a nervous few minutes wondering whether or not we would be putting up the tent if the hut was too crowded but when we arrived we just about managed to squeeze everyone in.  After everyone had enjoyed the amazing views across the Waiarapa we set to work creating a delicious gourmet vegetarian chilli con carne with the smoothest puréed guacamole I have ever eaten. 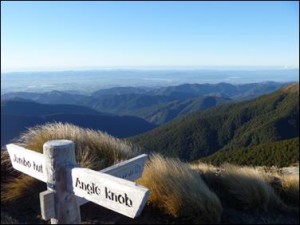 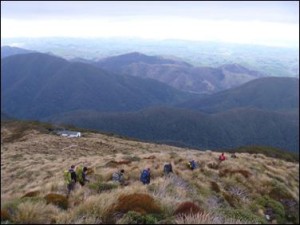 Alix: I awoke to Paula asking: “Does anyone wanted to go back up to the top?”  Yeah I did, out of the warm sleeping bag and into frozen boots: ughhh!  I had not picked up on Thomas’s dressing miscue with the gaitors, and attempted to put the gaitors of ‘tramping- angel Illona’ on upside down and backwards before being set straight by my fellow trampers.

After a nice walk up through icy patches and cool winds, we were awarded with excellent views and clear skies.  As I looked out at Kapiti Island, I was feeling really happy I had made the jump to move to New Zealand and it was so worth leaving the cocoons of the hut. What an excellent first tramp in New Zealand! 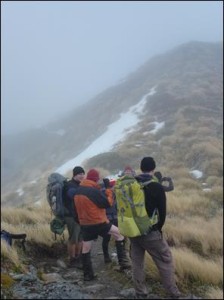 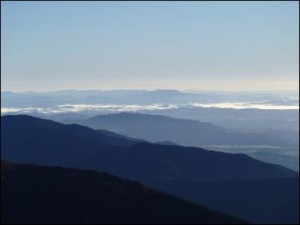 Thomas: My first tramp in a while. and first with the WTMC. I wasn’t sure what to expect. Despite the unwelcome addition of a bung knee, I had a great weekend. Everyone was really supportive, and the views up the top of Holdsworth were amazing. After a steep climb down, we had a great walk along the river, and Paula parted with her encyclopaedic knowledge of trees and stuff. Looking forward to the next one. 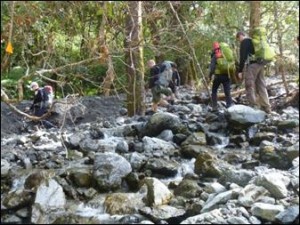 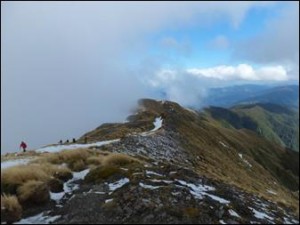 Rory: The drive back went well, with a number of trampers nodding off to the twisting and turning of the Rimutaka Hill pass but all arrived unscathed. All departed the van and thanked the leader (Paula) for what turned out to be an excellent trip, with great views and great company. Little did the unsuspecting van know what was to take place in the coming hour…