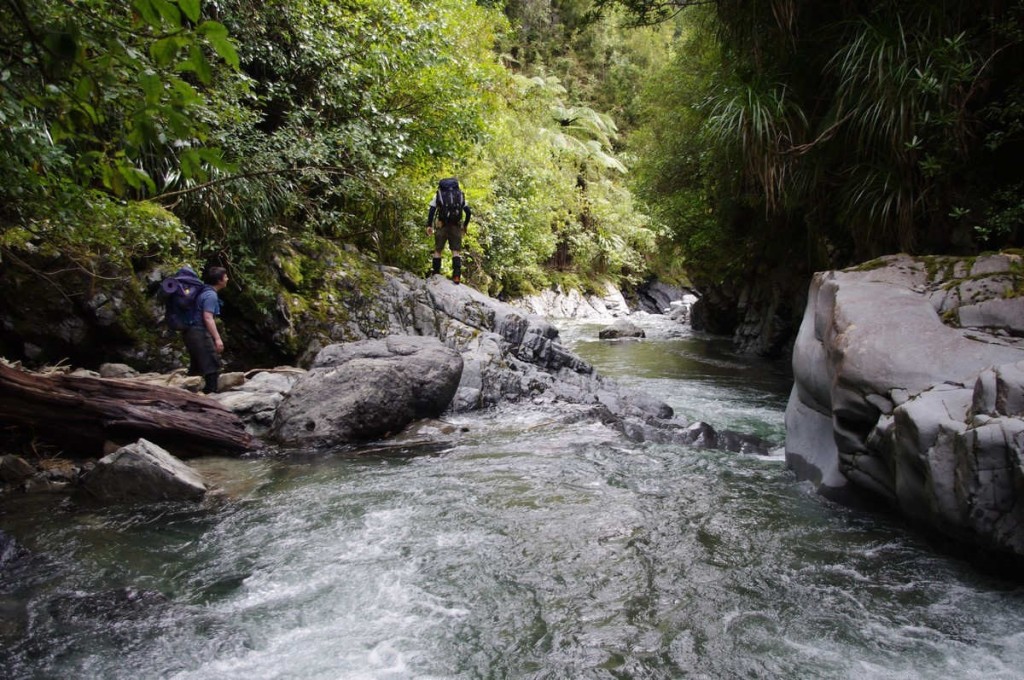 It promised to be a wonderful weekend in the sunny tararuas. And for once they were actually meant to be sunny! We set off Saturday after a week of rain from the railway station. On the way up I noticed the higher than usual flow in the rivers when we crossed the bridges… it occurred to me we may need a back up plan to the Makaretu Stream route to Oriwa that was planned as the hills were still draining. Not to worry it wasn’t a big deal to take our heads in closer for a look. 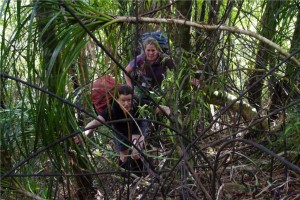 After checking with the farmer (who was nice enough to drive close by us) we crossed the paddock to the stream. A few crossings later it became apparent that we could have a very long day ahead of us or we could bail up a ridge to the track. Bailing up the ridge was generally acceptable to all and so we headed up and along… and then along and up… through the bush. Great fun. We intersected with a cut track further up and progress, now minus fighting the supplejack, went much faster.

We popped out at the track to surprise some scouts who were also heading up to Waiopehu Hut. When we reached the hut, Rowena and I went up to Waiopehu itself for a look. Once back down we were treated to dinner which meant of course we had dishes duty – only fair. Erik had brought along a home made super yummy lemon slice (thanks Victoria!) and we asked that he supply the recipe to share (see below). 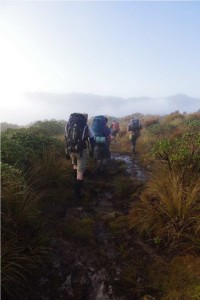 I am not a fan of either of the tracks back down to the Ohau road end from Waiopehu Hut. So I was glad when it was decided to come out via Yeates track and the South Ohau River with the same backup plan of bush bashing up a ridge again to the track if we must.  The river was good though and so we could come all the way down to the track junction. We left the river there. It being not yet warm enough in the season to go through the lower (and larger) pools! At least for me!

I love coming down the South or North Ohau in the sunshine – it makes you feel very special – it is such a treat! So although I still have to go back and do the Makaretu Stream-to-Oriwa route sometime, it was still a very good start to the river trip season.

Put slice into fridge for 30 mins, cut into squares then return slice to leave in fridge to set.

N.B: you can also substitute some of the lemon rind for orange rind to make a mixed citrus slice