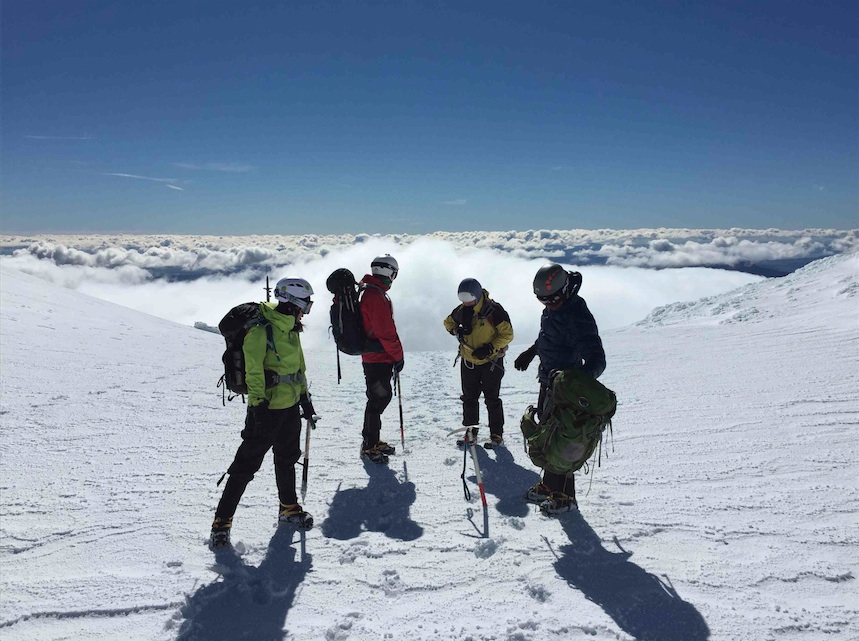 It was the weekend before last, a double bluebird day, a rarity. As a recent ‘snowcrafter’ I found myself visiting the Tongariro Alpine Crossing to get in some practice. However, my eyes were constantly drawn to beauty. Stood there, timeless, always in my peripherals, Mt Ngauruhoe. It was then I knew I had to return, and climb this mountain.

Back at the desk on Monday morning, the research began. But wait..can I even climb this mountain? Controversial opinions declared that I could not. Some would say you cannot stand on the true summit, some would say one must not even step foot. I decided I would find out for myself, soon enough I acknowledged who the local iwi were – Tūwharetoa. Further research enabled me to get hold of a contact detail, so I called the iwi. We had a great conversation, I explained who I was and what my intentions were, and they told me who they were and some history about Mt Ngauruhoe. They also explained what they are not happy about and what is culturally insensitive. The good news is – I could climb Mt Ngauruhoe, as long as I did not climb to the true summits, only the crater.

Gifted another inviting weather forecast the following weekend, I found four friends to join me; a fellowship. Waking up early on the Sunday, we packed our gear and headed for the sky. Two hours later and 500 metres higher, we made the South Crater. Stood there, miniature, amongst giants. Alas, sun cream applied, and crampons tied, we began our ascent. Aware of the avalanche risk, and both antecedent and current conditions we chose a suitable line on an appropriate aspect. The snow felt amazing as we zigzagged our way up the mountain, and though we encountered icy patches and evidence of loose slabs, confidence prevailed as we continued to find great snow. The mountain was popular today, witnessing a dozen fellow climbers sharing the adventure. 70 metres from the crater, we took an opportunistic break for lunch, following a tough icy section. We dined in the clouds. 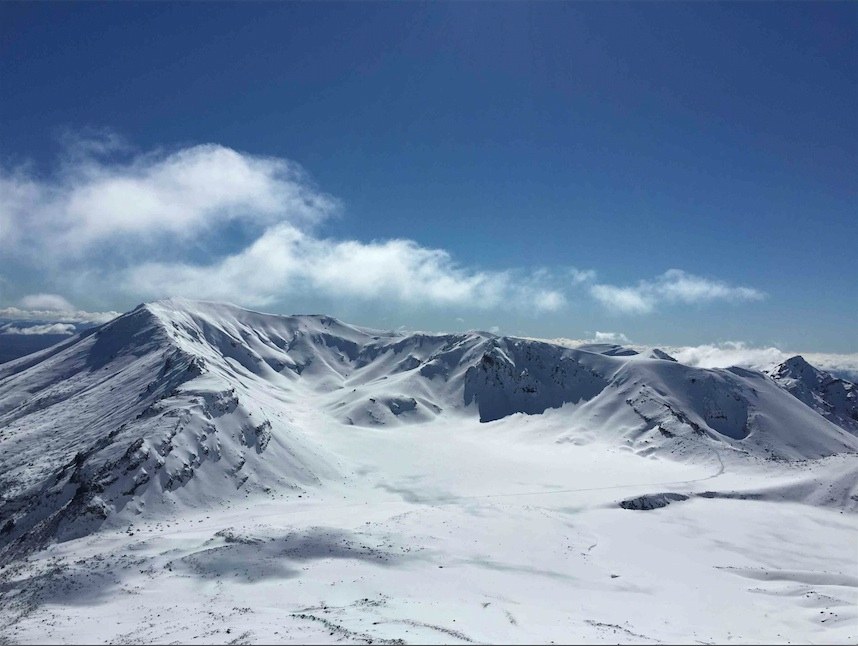 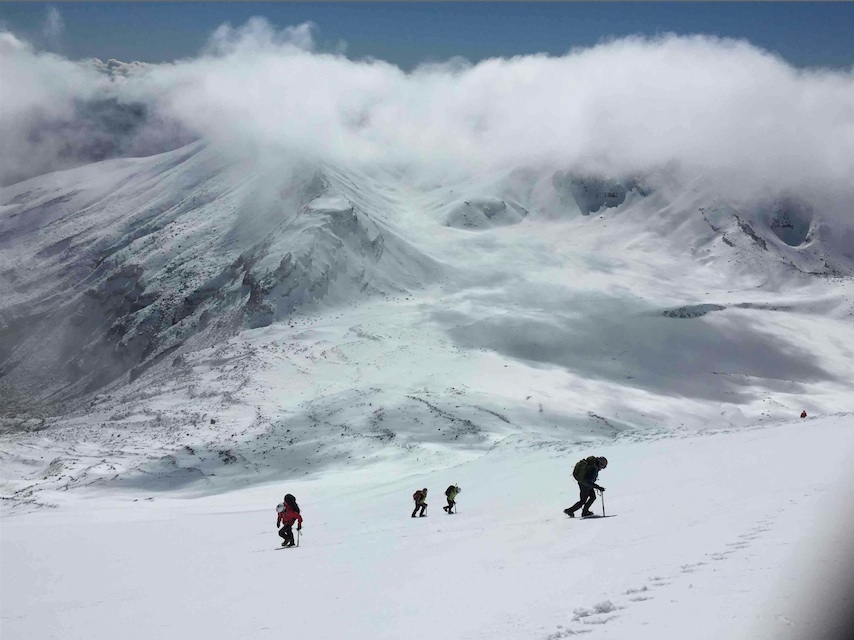 Fuelled and hydrated we resumed the ascent and soon enough we emerged out of the mist. We had done it, a group of recent snowcrafters, together we had climbed Mt Ngauruhoe!! Stood there above the clouds we were elated and elevated. Evident through the numerous pictures and celebratory hugs, as we enjoyed the stunning views on offer. Gaining the rim of the crater, we enjoyed panoramic views, which turned out to be perfect timing as the clouds began their ambush. Following some self-arrest practice on the nearby slopes, we huddled together to discuss the descent and engage our concentration. 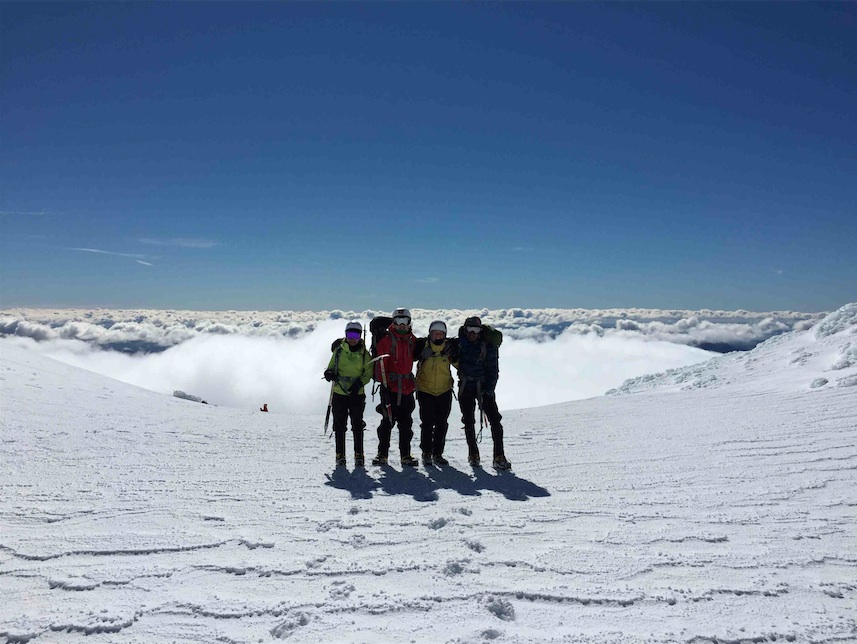 After some careful down-climbing along the ridge and tackling the pesky icy sections, we found our earlier footsteps which provided an efficient descent. Returning to the soft snow, we all looked at each other then looked down the mountain. Not a word needed to be said. We lay down on the 45 degree slope, positioned in the self-arrest and began our slide. Before we knew it, we were back at the foot of the mountain! 3 hours up, 30 minutes down! IT WAS AMAZING! Re-grouping at the bottom we removed any snow lodged in awkward places, took off our crampons, and headed for the car park. We made it back before sunset and headed for home, with all looking forward to the indian curry that awaited.

Thank you for an awesome trip team, and thank you Mt Ngauruhoe.

2 thoughts on “There and Back Again”